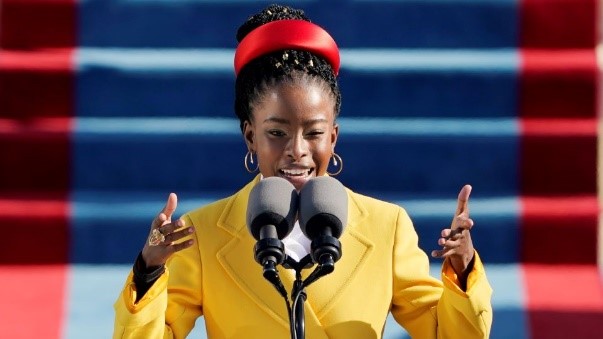 Healing Social Trauma in Communities of Color Starts with the Truth

The Hill We Climb
“We seek harm to none and harmony for all
Let the globe, if nothing else, say this is true:
That even as we grieved, we grew
That even as we hurt, we hoped
That even as we tired, we tried”
Excerpt Inaugural Poem
Amanda Gorman-National Youth Poet Laureate
When I reflect upon the past 11 months, the common theme has been the extraordinary resilience and determination of the families in the community that we serve. Nearly 1 year from the day that all schools were closed due to the COVID 19 Pandemic, our parents and scholars have done much more than just cope with a beast that has threatened the lives of their loved ones. They have taken care of their families and one another, become creative, adhered to social distance protocols and have found purpose in a time where most are crippled by fear and despair. Our school community continues to be in survival mode yet, persevering under the social-emotional pressure and anxiety created by two pandemics. One of social injustice, police violence against communities of color and the re-emergence of racism. While some will argue that there have always been racist and bigoted attitudes in modern society-post slavery, the truth is that the overt racism just went underground for a while. Many have normalized this awful and ugly truth and our voices continued to be silenced out of fear of retribution. I believe that the popular saying is “Go along to get along” or simply put, do not to create waves or rock the boat, as this may make some uncomfortable. According to our late beloved Congressman, John Lewis if you want to see change we must “Get into good trouble, necessary trouble.”

Many Americans continue to believe that the Civil-Right’s movement of the 1960s, the passing of the Voting Rights Act, and Brown vs. Board of Education is proof that communities of color are being treated equally. There is no doubt that the overwhelming joy and pride of having first female woman of color Kamala Harris, elected as Vice President, is historic and exciting, however not evidence that we are not still divided among color lines. We have all been enlightened by how vulnerable and fragile life is as a result of virus that has grown out of control, with approximately 440,000 lives lost in the United States. In spite of these overwhelming facts, still we rise and move forward. We are an interdependent people, relying upon one another for our strength, courage and survival. All of society has witnessed the beauty of humanity during this period in the midst of a menacing global health crisis. We have also witnessed the re-emergence of the in-your-face racism that was endemic of communities in the south that went underground for a while. The bold public displays of hatred and bigotry that some of us naively hoped was all but eradicated, has shattered the rose-colored glasses for thousands who wanted to believe that white supremacy was a thing of the past. Among the numerous swirling thoughts that I have had as a leader in my community during these two pandemics was how to effectively communicate and unpack all of this information with our scholars and families? How much information is too much? Do we sanitize the information as has been done throughout the history of public education? Those of us who have been educators long enough to remember what was missing from the history books when we first started teaching should remember having to go to supplementary sources and creating our own unit plans to reflect the history of African Americans and Latinos in this country. I for one recall the censorship and intentional omission that took place in the textbooks provided to our children of color in the public schools in the South Bronx in the 80’s and as far back to when I was an elementary school student in the 1960s. I did not learn about the brutality and the truth of slavery until I enrolled in college.

It is our responsibility as educators to continue to promote inquiry and critical thinking, reflection and analysis into all of the dialogue that we have with our students of color concerning the events of 2020 and the horror witnessed on January 6, 2021. I look forward to reading about how the history of the COVID-19 Pandemic and its brutal impact on poor communities of color, is going to be recorded and told. It is certain that the publishing companies are busy writing and updating the History textbooks to sell to public school districts and to reflect the facts in recent history however, will it be the truth? I wonder how the insurrection and violence at the United States Capital that resulted in the death of 5 Americans will be captured?

As an Afro-Puerto Rican woman and educator, it my belief that in order to heal our traumatized communities of color, it starts with telling the hard and unbridled truth without leaving anything out. There is something very liberating and sobering about living through the recent events and embracing the truth. Our elders have taught us that what does not kill you makes you stronger. Our young people are indeed our future leaders, scientists, engineers, researchers and teachers-they are our hope. Our youth can handle the facts and the truth while taught to act responsibly with the information that they have learned. This is necessary for healing to begin from the trauma that has been caused by two pandemics and using this force to fuel advocacy for equity and fairness in their communities, their neighbors and their family. Are you a change maker? Let’s continue to lead by example and be a source of inspiration.  Their eyes are watching us.

If you are interested in touring our school, please check out our virtual tour and contact our admissions office. This video will show our COVID-19 Safety Protocols we have implemented.